In this article you will find the best courses on PHP programming, available on the main e-Learning platforms in the world. Courses of different levels, which will give you a certificate. 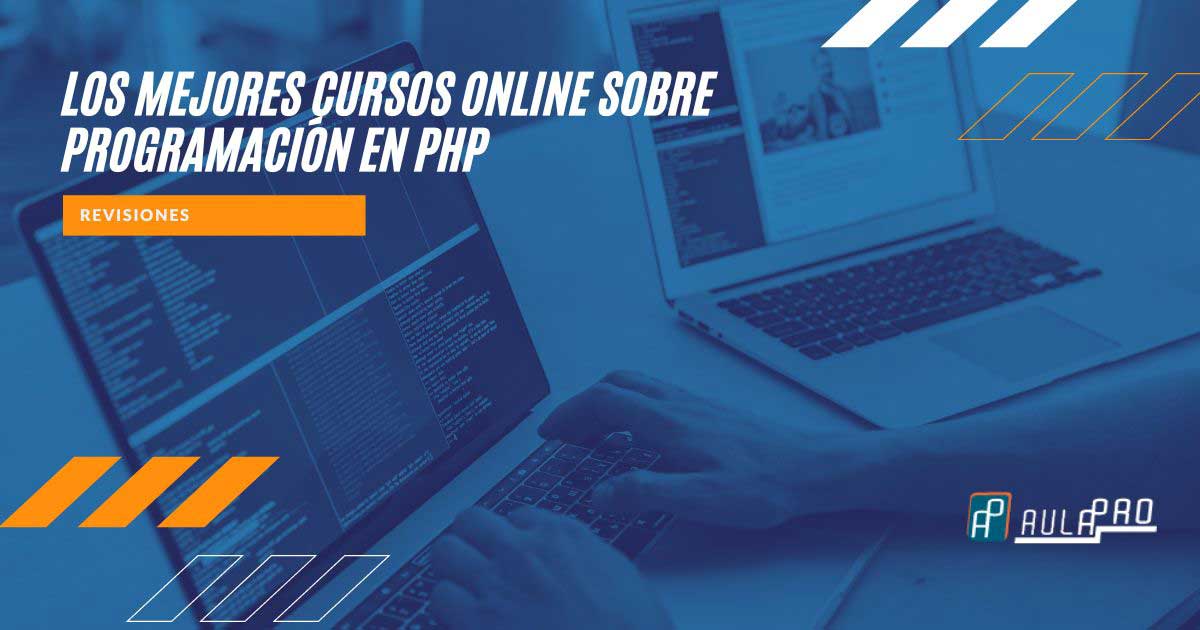 If you've landed here after a Google search for “Best Online PHP Programming Courses” or a similar search, we can provide you with a quick answer by defining the open source PHP programming language that is especially well-suited for web development. and can be embedded in HTML.

PHP differs from client-side programming languages ​​such as Javascript in that the code runs on the server, generates HTML, and sends it to the client. The client will receive the output of the script, but will not know the underlying code. The web server can even be configured to process all HTML files with PHP, so users have no way of knowing what's going on behind the scenes.

What is the programming language in PHP

According to Wikipedia, PHP is a general-purpose programming language that is especially suited to web development. It was initially created by Danish-Canadian programmer Rasmus Lerdorf in 1994. Today, the reference implementation of PHP is produced by The PHP Group. PHP originally stood for Personal Home Page, but now stands for the recursive initialism PHP : Hypertext Preprocessor. PHP code is typically processed on a web server by a PHP interpreter implemented as a module, a daemon, or as a Common Gateway Interface (CGI) executable. On a web server, the result of the interpreted and executed PHP code—which can be any type of data, such as generated HTML or binary image data—would form all or part of an HTTP response. There are various template systems, content management systems and frameworks that can be used to organize or facilitate the generation of that response.

PHP is used to generate dynamic web pages. Remember that we call static pages those whose content remains constant, while dynamic pages are those whose content changes periodically. For example, content may change in response to changes to a database, searches, or user contributions, among other things. PHP is processed on servers, which are powerful computers with specialized software and hardware. This means that PHP pages contain HTML with PHP code included in them to do "something".

Characteristics of the programming language in PHP to study?

Web programming is a completely different experience than what is known as traditional software programming. What is sought with web development is the combined and complementary use of various resources. Multiple languages ​​imply higher maintenance. To avoid this situation, PHP is the right tool to use. With PHP you can achieve comprehensive web development.

The PHP Programming Language then, has a wide range of uses:

Courses with these themes are ideal for learning PHP programming.

Find in this article information about PHP Programming Courses.
Virtual courses, MOOCs, and other types of advanced virtual studies such as Professional Certificates, Specialized Programs, Expertrack, Microcredentials, among other study formats developed by the main e-Learning platforms in the world.

From world-renowned platforms such as Coursera, edX, Future Learn, Udemy, Linkedin Learning, CFI, Edureka, among others, find in this post courses highly valued by thousands of previous students, which will help you make better decisions about which one to choose. the most convenient course for your goals.

Where to study a PHP programming course?

PHP programming courses are even found on YouTube. Perhaps some of the web-based platforms provide high-quality studies. However, at AulaPro we have chosen the platforms that we believe are the most important worldwide in online studies, managing to go beyond what can be obtained with a video, by developing a state-of-the-art learning experience, made up of videos. , downloadable documents, online exams, virtual projects, simulators and sandbox, and finally, an effort award with a Certificate of Completion.

In this sense, the studies on this list are developed by prestigious universities that occupy the first places in international rankings, by world-renowned technology companies, by international experts of proven effectiveness as trainers, and are made available to the public through the use of platforms with the most advanced technological developments, in terms of learning experience, or by platforms specialized in the subject.

The courses have different levels of depth. From short courses that address a specific topic with a dedication time, which will not exceed 6 weeks, to robust study programs that a period of 6 to 10 months, can leave the student with a deep knowledge and with even the ability to give a turning point in his professional career.

In this article you will find PHP programming studies of:

COURSES IN THIS LISTING

In this course, you will learn about the fundamental components of a web application, as well as how a web browser communicates with a web server. The request/response cycle will be covered, including GET/POST/Redirect.

In addition, you'll learn the fundamental syntax and data structures of the PHP programming language, as well as information on variables, logic, iteration, arrays, error handling, and superglobal variables, among other things. You'll also gain a basic understanding of Hypertext Markup Language (HTML).

You can design the markup of web pages by learning about Cascading Style Sheets (CSS). Finally, you'll learn how to set up and use an integrated PHP/MySQL environment, such as XAMPP or MAMP.

This course is part of the Specialization in Web Applications for Everyone.

This course will examine object-oriented PHP patterns. You will discover how to use the Portable Data Objects (PDO) module to establish a MySQL connection and issue SQL commands from the PHP programming language.

We will also examine how PHP handles session data and uses cookies. You'll learn how flash messages are implemented, how PHP prevents data from being posted twice, and how to log into web applications using sessions.

Then the first “full” application will be built, which has numerous panels and allows us to create, read, update and delete (CRUD) our data. This ties all the ideas above together and serves as a framework for any future web applications.

This course is part of the Specialization in Web Applications for Everyone.

A step-by-step course if you want to get started in the world of Web programming.

In this course you will learn 7 Web Languages ​​and Technologies: HTML5, CSS3, JavaScript, jQuery, AJAX, PHP and MySQL. You will also add the following APIs, SDKs, Frameworks, libraries and features to your sites.

AdminLTE -We will create a secure and attractive administration area.

Bootstrap -AdminLTE is built on top of bootstrap, you will learn the basics of the world's most popular HTML5 and CSS3 framework.

CRUD -Learn how to create CRUD (Create, Read, Update and Delete) applications with PHP, MySQL and AJAX! PayPal- We will receive online payments in our final projectGoogle Maps API – To show a location mapMailChimp – For users to sign up for your newsletterTwitter Feed – We will show the tweets of an account on our websiteAlso we will create different Projects! Web site for a design conference where users can pay for their tickets.

Contact Agenda in Ajax, PHP, MySQL and JavaScript, and much more in this course that is one of the most complete and extensive on Udemy with nearly 70 hours of video content and dozens of downloadable documents.

Many data-driven smart websites are built on the basis of PHP, a popular programming language. This comprehensive course by Kevin Skoglund teaches programmers how to use PHP to create interconnected, dynamic web pages that can transport data between pages.

Kevin also covers the principles of MySQL and demonstrates how to safely and efficiently use PHP to save and retrieve data from databases. He makes suggestions for effective practices and presents examples of them throughout the course.

Join over 130 students in the Comprehensive Web Development Bootcamp.

This is what you get in this course:

Obtain your Edureka PHP & MySQL Professional certification. An online course that will teach you how to expertly use PHP and MySQL and teach you everything you need to know about building practical web applications with these two technologies.

You will learn what PHP and MySQL is and why it is so popular. PHP fundamentals, installation procedures, data types, arrays, and decision statements will be covered.

Additionally, the course will cover the installation and configuration of CakePHP, MySQL, and PHP. Near the end of the course, participants will also be able to put a project into practice.

By the end of this project, you will be using the free WordPress content management system to create a complete, aesthetically pleasing, and user-friendly website. With the web builder tool, you will learn how to design a website using themes and plugins. You will have a digital platform to share information about your company with customers who want to stay in touch.

In a video that plays on a split screen with your workspace, your instructor will guide you through these steps:

With these customizable programming and content management tools, you can learn to build professional databases and entry-level information systems for the Internet.

The ability to manage information systems for the Internet on various devices, including computers, smartphones and tablets, is one of its main advantages. They have much more storage capacity than Microsoft Access, as well as relatively stronger security protocols to protect data.

This course will teach you how to design a CRM (Customer Relationship Management) using the Joomla platform with PHP and MySQL, as well as the forms, queries, and reports that were created in the first course of this certification program.

Use more built-in functions and libraries to extend your basic understanding of PHP. Learn how to use the provided classes, iterators, interfaces, exceptions, and data structures to complete the task.

This Learning path is made up of 5 courses, with a total of 14 hours of high-level academic video content.

Do you want to master MySQL, PHP and JavaScript?

You have come to the right place if so! This course will walk you through the process of creating a BRAND NEW Netflix Clone.

The course instructor worked as a software engineer for Microsoft, where I created technologies that were used by millions of people around the world! I want to pass on to you the knowledge I've gained from years of working with some of the best developers in the world.

AulaPro.co is a portal that offers information about MOOCs, online courses, professional certificates, specialized programs, virtual courses and online postgraduate courses from the best e-learning platforms and universities in the world. In AulaPro, you won't find all the online courses, only the best ones. 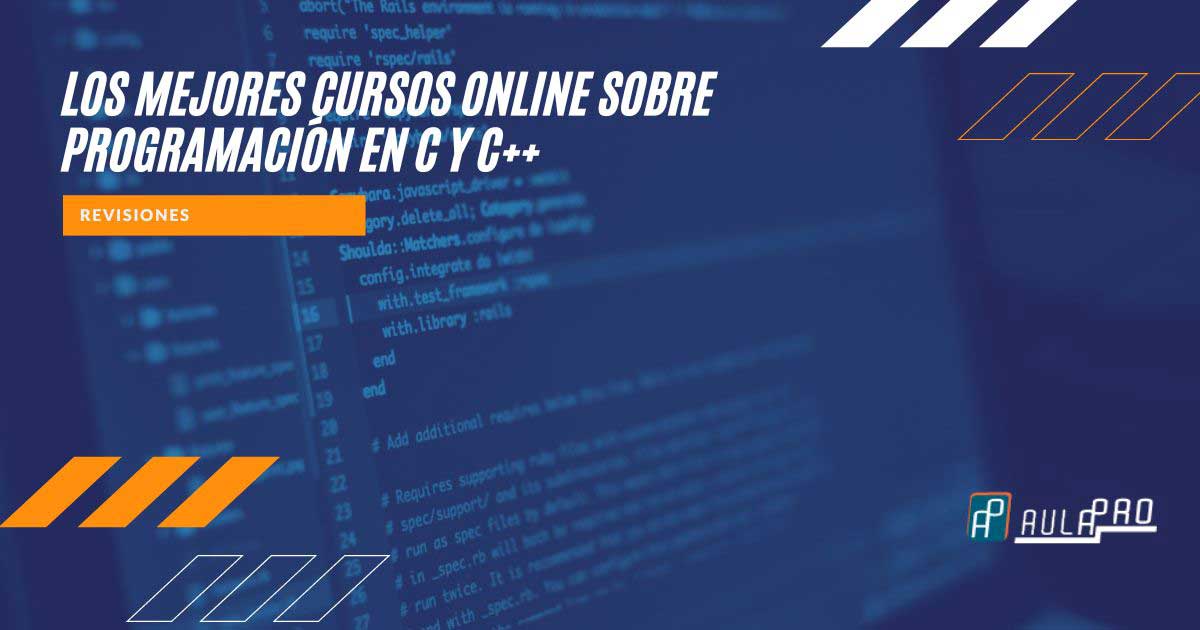 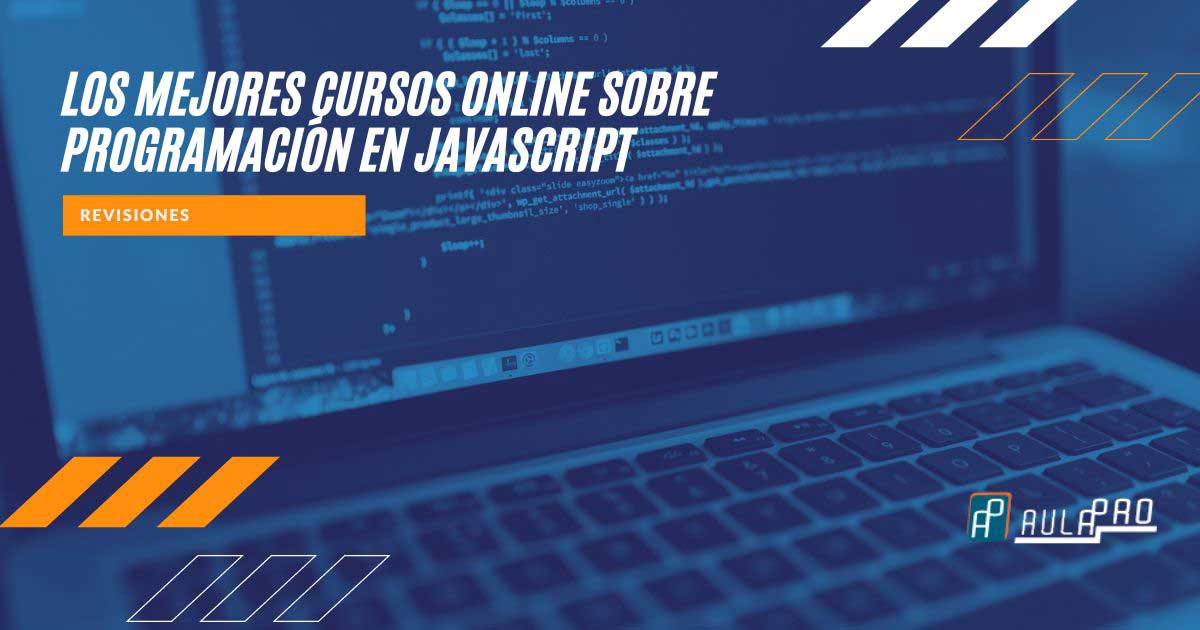 ONLY FOR THIS MONTH

COME BACK in 2022! Discounted Coursera Plus

Linkedin Learning and its 100 most popular courses

The 100 Best Future Learn Courses of All Time Open the doors to knowledge with Udemy

Explore the best Udemy courses at the best price. Benefit for AulaPro users. 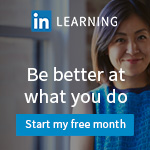 Start your path as an expert programmer today, at no cost for 30 days. Exclusive benefit for AulaPro users.